The high quality of medical care we enjoy today is built upon years of effort by physicians, PhDs, and other medical professionals investigating the causes of and potential treatments for disease. Many once life-threatening diseases and conditions have been beaten through the acquisition of knowledge provided by health research.

When you support medical research, you are helping medical researchers build the future of medicine. With the partnership of individual and corporate donors, we are able to make significant headway in advancing medical knowledge and improving patient care.

Canterbury has one of the developed world’s highest rates of Inflammatory Bowel disease with one in 80 people affected. Many people go undiagnosed for many years particularly young people, which has a significant impact on their physical and mental well-being and therefore their education and work life. Better tools for the ongoing assessment and diagnosis of gut inflammation should lead directly to improved outcomes for children and adults with IBD. The Gut Foundation established in 1993, has a long-standing commitment to supporting research in the field of IBD, and have previously funded projects assessing IBD incidence rates in Canterbury. Strikingly, a more recently funded study in 2014 indicated that the number of patients diagnosed with IBD had increased by 50%. This highlights the importance of continued research in this field and underpins our ongoing commitment to support this vital work. Currently, colonoscopy with biopsy is thought to be the best method for evaluating inflammation location, extent, and severity. However, the invasiveness of endoscopic examinations and unpleasant bowel preparation treatments required is a strong drawback for the use of this procedure, especially in children. Encouragingly, there is a growing body of evidence to suggest that non-invasive markers measured in the urine and plasma may be specific in detecting gut inflammation in patients with IBD. The potential of non-invasive markers to identify patients with IBD, monitor their treatment outcomes, and to assess their risk of relapse is an appealing prospect. Gastroenterologists would therefore be able to diagnose IBD at a much faster rate by eliminating the wait time for a colonoscopy. In addition, they would be able to individualise treatment by prescribing more powerful drugs to patients at risk of relapse, while patients at reduced risk would avoid these more powerful drugs. The overall objective of this project is to determine whether levels of novel markers of inflammation measured in the blood and urine will correlate with disease severity in patients with IBD. Several studies have assessed the ability of fecal calprotectin to reflect disease severity in patients with IBD. However, this marker is not sensitive or specific enough to eliminate the need for invasive endoscopic examinations. Consequently, the proposed research is vital to enable identification of novel markers of inflammation that better reflect disease severity and limit the need for colonoscopy. The proposed research represents an exciting and significant opportunity for Teagan Hoskin an experienced researcher here in Canterbury. Tegan grew up with a sibling badly affected by Chron’s disease and has witnessed first-hand the distress of Gut disease. You too can support this research, visit www.thegut.org.nz to donate today.Read More...

Humble Hookworms – Your Friend or Foe?

Research being undertaken right here in Canterbury and supported by the Gut Foundation is finding the answer to this question The thought of having hookworms in your intestines may be difficult for some people to swallow but a new collaborative study performed between researchers in Christchurch and Australia asked people with coeliac disease to do just that. Research funded by the Bowel and Liver Trust has previously showed high rates of coeliac disease in Canterbury with 1/84 Cantabrians being affected. The disease is caused by an immune reaction to gluten (a protein found in wheat, barley, oats and rye), which leads to permanent damage to the lining of the small intestine due to inflammation. This damage reduces the surface area of the small intestine, leading to reduced absorption of nutrients and gastrointestinal symptoms. The treatment of coeliac disease is almost always successful but requires patients to remove all gluten containing foods from the diet. This can lead to a significant reduction in quality of life for people who are affected. it seems that these parasitic worms produce molecules beneficial to gut flora in people suffering from inflammatory diseases of the digestive tract. It’s called worm-induced immune modulation and,  it could be a global game-changer. Professor Richard Gearry is a leading gastroenterologist based in Christchurch and has been instrumental in the trans-Tasman collaboration, both clinically, and as a member of the Gut Foundation. He says a recent open-label proof-of-principle clinical trial in Melbourne showed infections with low numbers of Hookworms were safe and enabled people with Coeliac Disease to tolerate eating a medium sized bowl of pasta with no ill-effects. That’s an incredible finding.  The established protocol for managing Coeliac Disease is a gluten-free diet.  But it doesn’t always alleviate the symptoms, plus it is expensive, inconvenient, and inadvertent gluten exposure is common. For trial participants, the thought of a bowl of pasta without the health repercussions was enough to tolerate the deliberate infection of Hookworms. The next step is to identify the molecules that induce immunomodulation with a view to developing a medication.  Larger placebo-controlled clinical trials are required and the Bowel and Liver Trust is committed to fundraising to support this ground-breaking research Did you know? If you can support our Research projects please donate at www.thegut.org.nz or deposits can be made to our Westpac bank account 03 1703 0043327 00Read More... 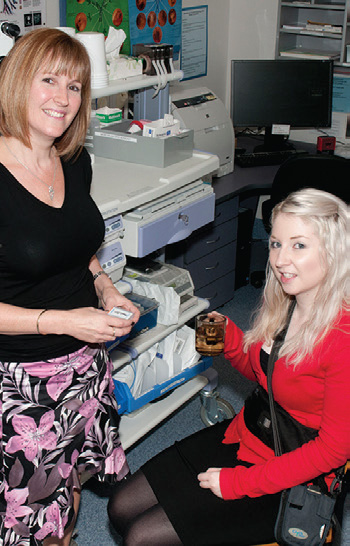 Imagine swallowing a pill that can take photographs of your intestine and send them wirelessly to a data recorder so that they can be downloaded, like a movie, for your doctor to review at a computer workstation. While this may sound like the work of a science fiction novelist, it became a reality in 2002 when The Bowel and Liver Trust raised money for the first capsule endoscopy system available in a public hospital in New Zealand. This work was driven by then Chair of the Bowel and Liver Trust, Mr Martin Howman, who led a team of Trustees to raise the money to provide this important service to Cantabrians. In the 1970s flexible gastroscopes and colonoscopes had been introduced to examine the stomach and colon, respectively. However, the small intestine, which is between the stomach and colon, has always been difficult to visualise and diagnose diseases in. The advent of Pillcam has changed the way that doctors view the small intestine - the final frontier of gastroenterology. Now patients can undergo a non-invasive test without being admitted to hospital. The Pillcam was the brainchild of an unlikely combination – an Israeli Astrophysicist and an American Gastroenterologist. Each capsule (the size of a large pill) contains a small camera, a light, a battery and a transmitter. The light flashes twice per second with a photo taken each time. The images are sent wirelessly to a data recorder, which is worn as a belt around the waist. As Dale Cornelius, Capsule Nurse, explains, “the patient simply swallows a Pillcam capsule in the morning after an overnight fast. The data recorder is fitted to the patient who can then go about their usual activities for the day before returning to the clinic where the data recorder is removed and the images are downloaded to a computer. Software in the computer converts the images into a video, which can be analysed by a gastroenterologist. Each study takes between 30 and 60 minutes to analyse and report.” Dale Cornelius is currently undergoing training to assist in interpretation of the studies. Improvements in technology have led to longer battery life with 10 hours now allowing for the entire small intestine to be easily examined. The angle of the lens has also increased allowing more of the intestine to be examined with each picture. It is hoped that improvements in software may improve the identification of abnormalities. Dr Bruce Chapman, Gastroenterologist and Trustee says that a frequently asked question by patients is, “are the capsules reused?” The answer, to the relief of the patient, is “no” with a new capsule being used for every patient. The Pillcam system can be used for all age groups including children and the elderly. Dale Cornelius recently performed a study in an 88-year patient who completed the study with ease. The Pillcam is very helpful for identifying sources of bleeding in the small intestine, defining extent of disease in small bowel Crohn’s disease. More rarely it is used to identify polyps and small intestinal tumours. In a review of local cases 59% of those referred with anaemia had a positive finding and in 77% of patients referred with diarrhoea there was a positive finding. 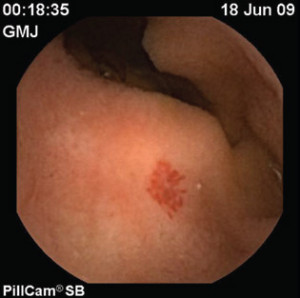 While some patients have requested a Pillcam instead of a colonoscopy, unfortunately this is currently not an option. A Pillcam for the colon is under development and prototypes have been tested but there are limitations with the bowel preparation in the colon. The Pillcam platform is available in Christchurch in both public and private health sectors and serves the upper half of the South Island. About 100 capsule endoscopy studies are performed at Christchurch Hospital each year, with more than a thousand studies since the system was established in Canterbury in 2002. Another great success for the Bowel and Liver Trust, improving the gastrointestinal health of New Zealanders.Read More...