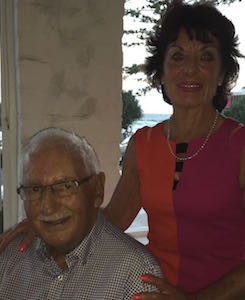 George is a successful Business Man with over 35 years in the Insurance Business.   As a successful Insurance Broker George was the first New Zealander to qualify for   the Top table international award. George believes nothing is impossible he loves l   life to the full and is now enjoying many golden years with his delightful wife Kaye.   He has two lovely daughters and 4 wonderful Grandchildren. As a founding trustee   of the Bowel and Liver Trust he has a real passion for the work of this organisation   and has said he will use all his fundraising skills to the best of his ability. George is   also a deeply Christian Man and a follower of Jesus. His appointment as Patron to   the Gut Foundation is a real asset to the organisation. 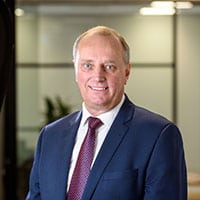 Jacob Wolt joined the Board as a trustee in 2017 and was asked to take on the role of   Chair  in mid 2018. As the leader of Cambridge Partners Institutional Advice division,   Jacob works with organisations to design, implement, and manage risk appropriate   investment portfolios. He has been advising and managing investments for institutions   since 2005. With a background in education and governance Jacob has a particular   interest in advising and educating boards, committees and trustees in the institutional   and not-for-profit space.

Associate Professor Andrew Day is a Paediatric gastroenterologist based at the University of  Otago (Christchurch) and Christchurch Hospital. Andrew has focused interests in problems  affecting the bowel and liver, particularly in infants, children and adolescents. His special  research activities in the areas of Inflammatory Bowel Disease and Coeliac disease are recognised regionally and internationally. Andrew has returned home to New Zealand after  many years overseas, and is working to improve the gastrointestinal health of children in Canterbury and New Zealand.

Richard is a Professor of Medicine at the University of Otago, Christchurch and Consultant                          Gastroenterologist in the Department of Gastroenterology, Christchurch Hospital. He completed his  Medical Degree in 1995 and Specialist training in Gastroenterology in 2004. He undertook  a PhD in inflammatory bowel diseases in Christchurch between 2003 and 2005 before spending  time  undertaking further Fellowships in Melbourne and London. He is also a Trustee of Crohn’s  and Colitis New Zealand and Medical Director of the New Zealand Nutrition Foundation. Richard  is  passionate about optimising gastrointestinal health through research and improvements in     expertise and equipment for people in Canterbury. He regularly speaks to patient and public groups on gastrointestinal health and is a proud Trustee of the Gut Foundation.

Mac has a long history of community service. Firstly as Chair of Pitcairn Crescent Kindergarten     followed by Waimairi P T A. During this time he was also involved in the Jaycee movement which saw   many local and national projects completed. One of his highlights would have been the 1974   Commonwealth Games where he was responsible for reception and recreation in the Games Village. His Jaycee involvement resulted in being awarded a Life Membership of Jaycee International. His membership of the Christchurch Football Club renewed his friendship with Tom George. His subsequent involvement meant he served in all facets of the Clubs structure from Junior Boys’ division to managing many teams and many years as Vice President. At present he is a Trustee of the Clubs Foundation Fund. Mac is married with 3 Children and 11 Grandchildren.Ms Valerie Elder, Life Member to The Gut Foundation, Canterbury. Valerie was appointed Secretary to the Trust in 1993 (whilst working as a Medical Secretary in the Gastroenterology Department at Christchurch Hospital). Having had a career spanning 30 years in the health system at Christchurch Hospital, Valerie is still passionate about promoting research and education of Gastroenterological disorders.

Mark is a property and commercial lawyer with more than 20 years’ experience in New Zealand and overseas.  He has advised on property investments, developments, buying and selling of businesses, financing and structuring; for private parties, multi-nationals, banks, liquidators and government departments.  Mark cares about giving his clients clear communication and pragmatic and commercial advice. Mark enjoys the Canterbury lifestyle with his family and their golden retriever.

Graeme Rhodes has worked in the accountancy profession since 1995, and became a director of Moore Stephens Markhams Christchurch in 2002. Outside of work his interests include most sports, with a particular interest in motorsports where he races an RX-7 with fellow director Paul Rickerby. Regularly involved in volunteer work, he is the treasurer for the Christ’s College Old Boys Association. Married to Kim, he has two sons. 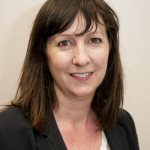 Catherine is an Associate Professor of Medicine at the University of Otago, Christchurch, and Consultant Gastroenterologist and Hepatologist in the Gastroenterology Department, Christchurch Hospital. She studied medicine at the University of Otago and completed FRACP specialist training in both gastroenterology/hepatology and clinical pharmacology in Christchurch and Sydney. She undertook PhD studies at the University of Sydney and a clinical fellowship at Westmead Hospital, and completed research at the Salk Institute (California). Catherine is actively involved in liver and hepatitis research and is a member of New Zealand Hepatitis and Medical Council Advisory Panels. She is passionate about providing excellence in all aspects of patient care and improving New Zealander’s gastrointestinal health through research 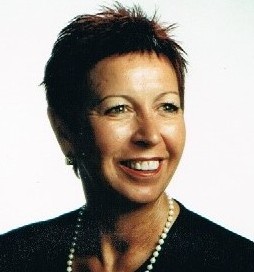 Margaret works part time for the Gut Foundation.  She would tell you that her previous CE Roles both Internationally and here in New Zealand never prepared her for what a difficult job it is to raise money for research into New Zealand’s biggest Health issue – Gut Disease! On top of that it’s so hard to get people to talk about Gut issues and that’s one of the reasons why so many of us are dying. Margaret is passionate about spreading the word about Gut health and supporting our clinicians and researchers to find solutions to these diseases.

Your Contribution matters Click on Donate Now to become one of our Gutsy Heroes.